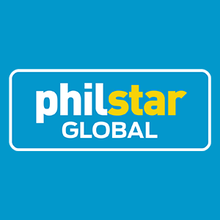 MANILA, Philippines – Pope Francis had to rush back to Manila from Leyte yesterday as gales from Storm Amang picked up, forcing him to shorten his visit to the province by four hours.

But the pope managed to have a quick lunch with several survivors of Super Typhoon Yolanda, tasting distinctively Filipino dishes of malunggayor moringa soup and adoboalong with the Visayan preparation of chicken called inasal – which the meat is marinated in turmeric, lemon grass and other flavorings before being grilled.

Some of the nation’s top chefs and caterers have been asked to prepare food for Pope Francis’ five-day visit.

Upon his arrival at Villamor Air base, food prepared by Via Mare was laid out at the Kalayaan arrival hall, but the pope merely took some sips from bottled water.

At the Malacañang reception during his courtesy call, the food was catered by chef Margarita Fores, a cousin of Interior Secretary Mar Roxas. The pontiff, however, merely drank mango juice.

Chef Jessie Sincioco told ABS-CBNthat she read up on Argentine and other Latin American cuisine after being told in September last year that she would prepare the pontiff’s daily fare during his visit.

Sincioco has also been baking bread and preparing a combination of Filipino and Latin American dishes for the pontiff. She also bought native sweets from Bulacan after learning that Pope Francis has a sweet tooth.

Latin America has its own adobo, which is slightly different from the Filipino ver- sion of meat – usually pork with chicken – simmered in garlic, vinegar, pepper, soy sauce or salt and bay leaf.

PRESS RELEASE: HOUSE LEADER CALLS FOR THE CREATION OF A “MALUNGGAY ROADMAP”