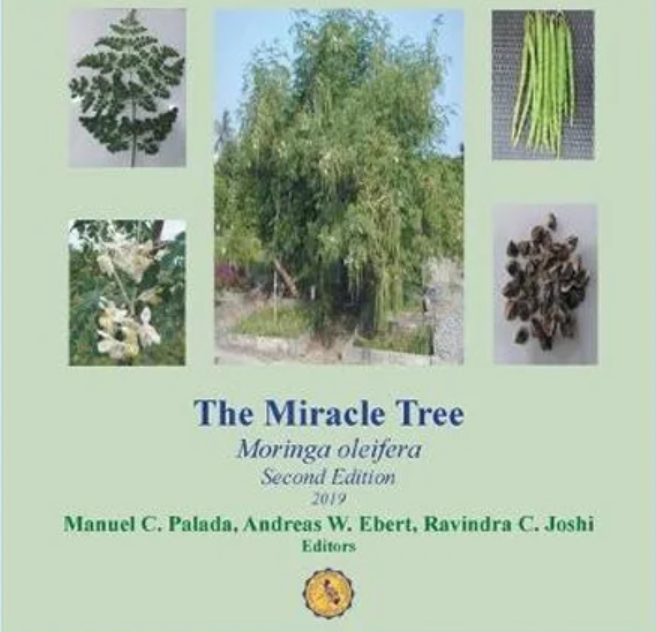 As an indigenous plant native to northern India, moringa (Moringa oleifera) was initially not well known and not popular.  However, over the past several decades it has grown in popularity due to its nutritional and health benefits.  Many publications including books, manuals, pamphlets, production guides, proceedings, and scientific journal articles abound both in the general media and in the world wide web spreading its importance and benefits.

During the past two decades a great number of information has accumulated and was circulated, specifically on recent advances in research and development of moringa.  The most recent comprehensive publication is the proceedings of the First International Symposium on Moringa published by the International Society for Horticultural Science (ISHS) in a volume of Acta Horticulturae #1153 (April 2017). The proceedings included 55 articles from authors who presented their papers at the symposium under the theme:  A Decade of Research and Development. A wide range of topics including botany and germplasm, production technology, health and nutrition, industrial uses and cross commodity issues on moringa are presented in this volume.

The first edition of the book: “ The Miracle Tree – Moringa oleifera:  Natural Nutrition for the Tropics “ was published in 1999 by the late Lowell J. Fuglie when he was working for the Church World Service relief and development assistance ministry in Africa.  In late 2009 before Lowell Fuglie passed away he was planning to update his book “The Miracle Tree: The Multiple Uses of Moringa” which was published in 2001 with support from CTA, Netherlands.  He invited several authors to contribute a chapter to the proposed update. It was unfortunate that the updated version of the book was never published or completed before Lowell died. After almost two decades, there has been considerable progress in moringa research and development in response to increasing demand for new information on various topics about moringa. After the two international conferences on moringa in Africa (Tanzania 2001 and Ghana 2006), and one international symposium in the Philippines (2015) there has been considerable new information in R&D addressing the challenges and issues presented and discussed during those conferences.

This second edition of the book is a more comprehensive compendium of information on the various aspects of moringa which were not completely covered in the first edition published almost two decades ago.  The information will be useful for the benefits of students, researchers, teachers, farmers and the growing moringa industry.

Its OFFICIAL! MPFI is an accredited CSO under DA-PCAF